The Native Americans who inhabited this area, like in other areas, were resourceful. Each had a role to fulfill for the survival of the tribe. These roles were divided by age and gender.  The men hunted, fished, farmed, and made stone and bone tools for these activities. They also took care of the political business of the tribe. The women took care of the children and tended personal and communal crops. They also cooked, gathered wild plants, and made clothing, fired pottery, and prepared hides for trade. Some attended seasonal hunts with the men to prepare hides while in winter camps. Others operated trading posts while the men were seeking additional hides during the winter season. Children assisted the women but as young boys grew older, they spent more and more time with the men of the tribe.

The materials still present in the old village today were utilized by these natives for building materials as evidenced by the river cane that still grows there. Many in this village would have lived in wattle and daub dwellings which were made by weaving rivercane, wood, vines into a frame, then coating the frame with a type plaster composed of mud and grass. The roof was either thatched with grass or shingled with bark.

The abundance of deer still in the area provided clothing, shelter, and currency for trade for the Native Americans with other Indian groups or the European settlers. The rocks used for fire and food preparation, now reddish in appearance from their exposure to heat, can be found everywhere. Other quartz rock that would have be used for tools litter the fields today. And corn- so important not only as a food staple but also in ceremonial rites- grows there still. ​
ARCHAEOLOGICAL FINDS REVEAL A GLIMPSE INTO THE PAST
The land along the banks of this same creek still holds secrets which are slowly being unearthed by the Handley High School Community Studies class in a series of historic site surveys. Based on research and artifacts found, Wiwa’towa’s old water still has new stories to tell.

Browse through the picture gallery below for photos of archaeological finds, features, and processes as well as student work with the geometry team and recreation of Native American life with the environmental science field study conducted by the plant biotechnology team and the theatre craft students. All work in the gallery and video is associated with the Handley High School student site surveys in 2015 and 2016. 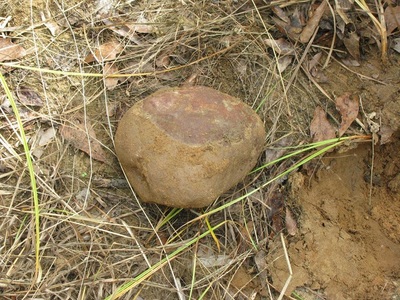 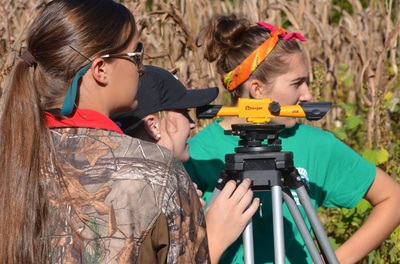 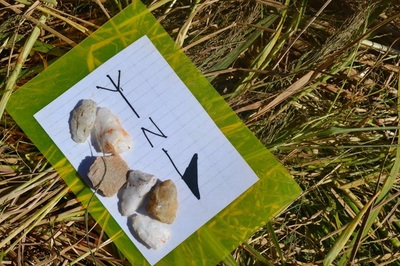 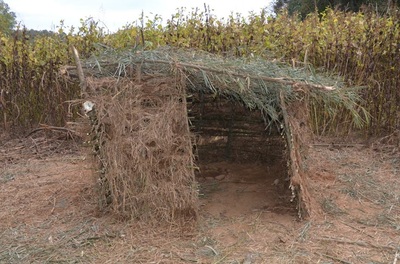 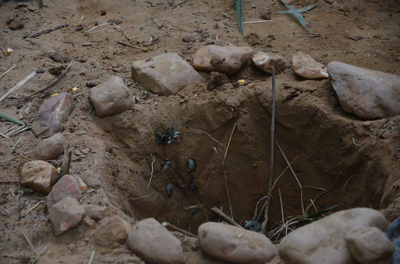 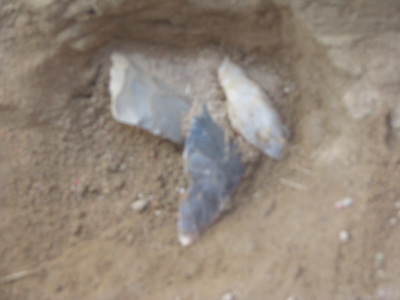 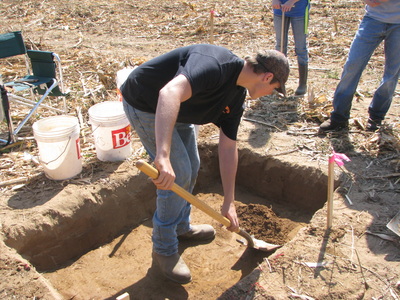 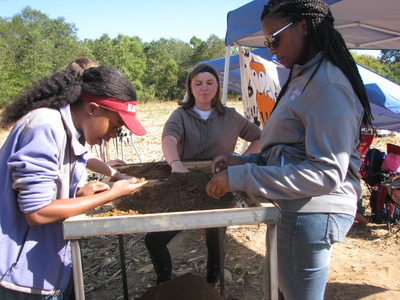 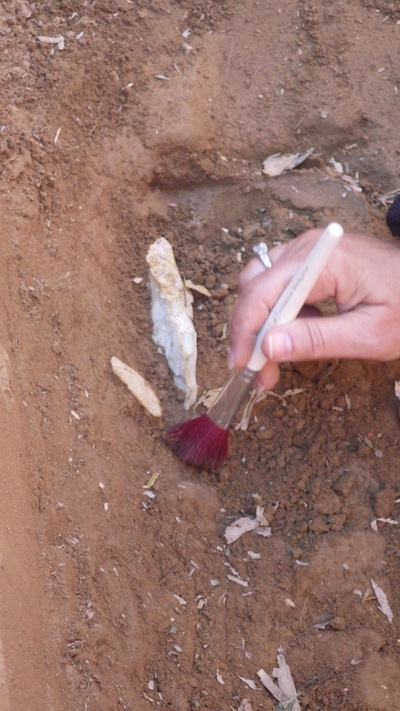 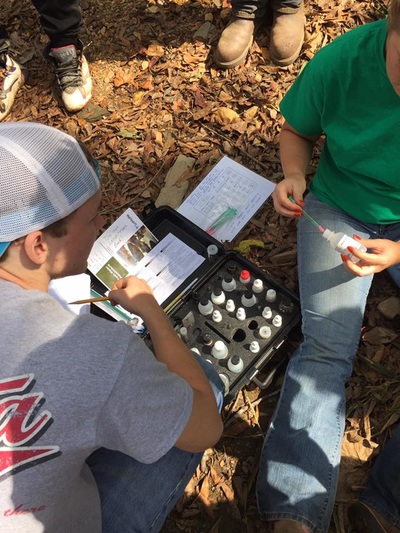 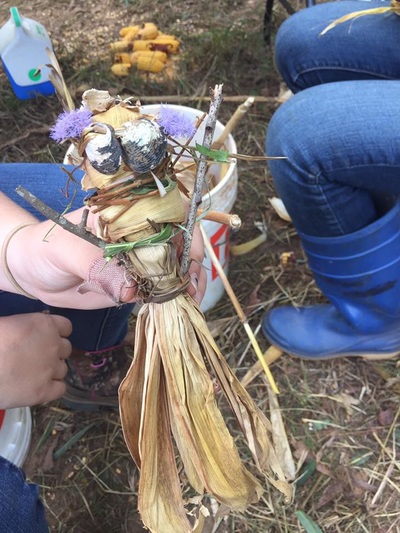 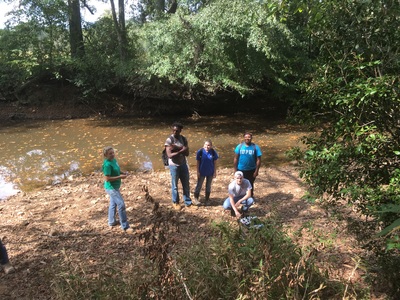 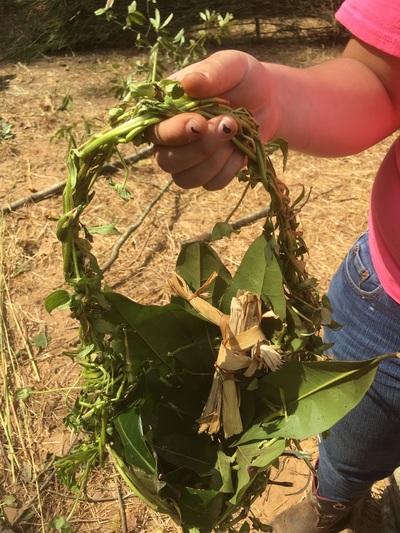 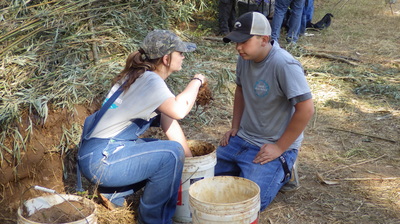 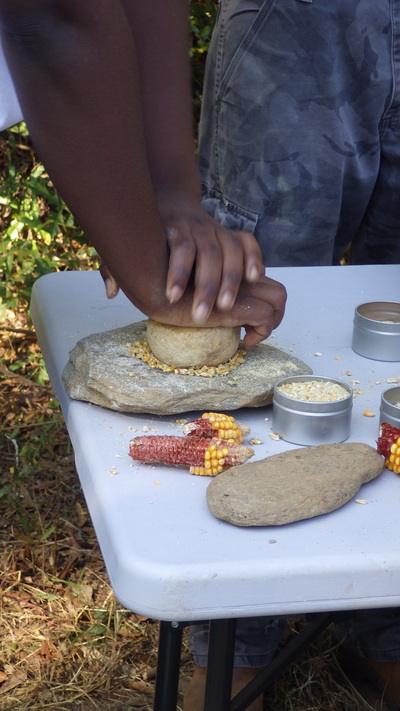 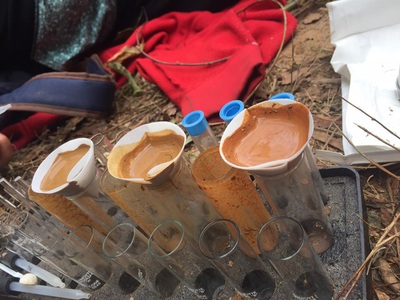 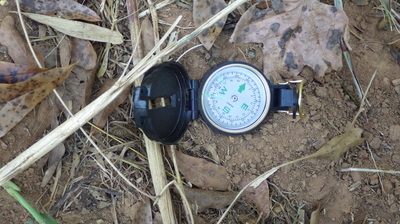 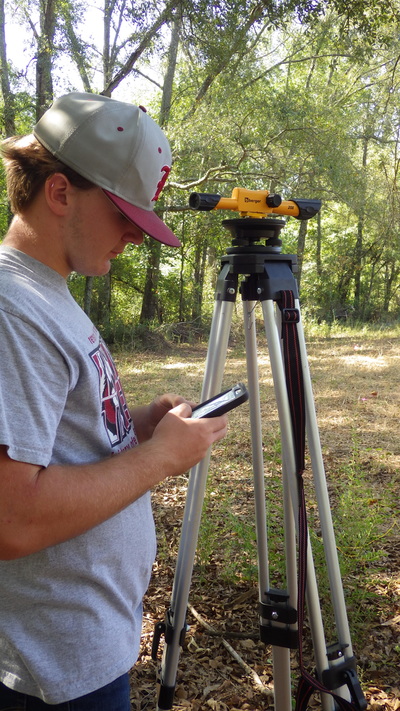 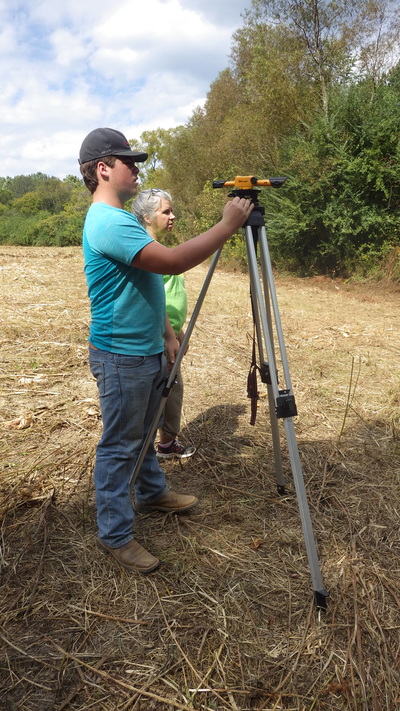 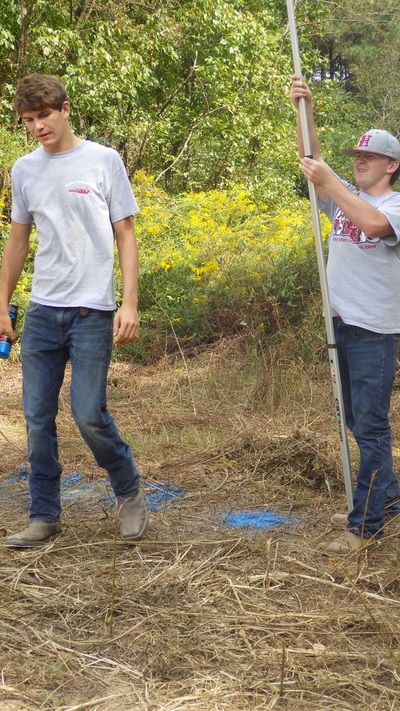 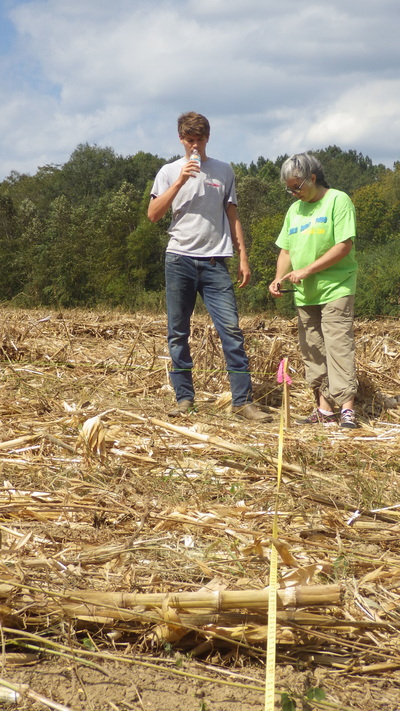 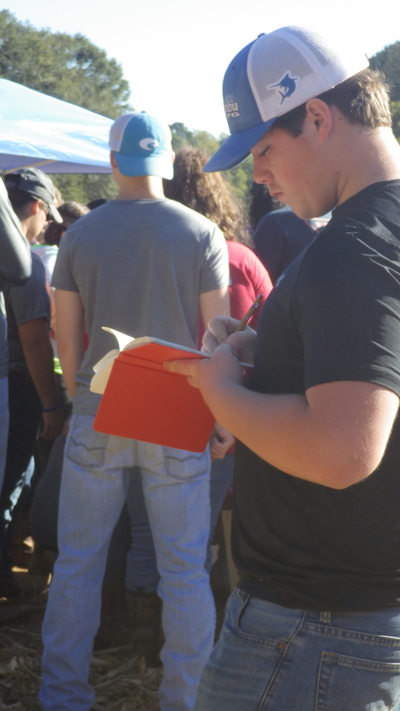 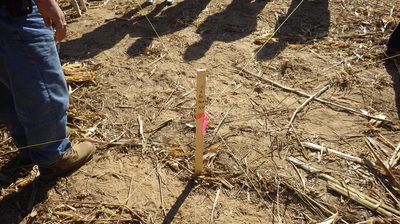 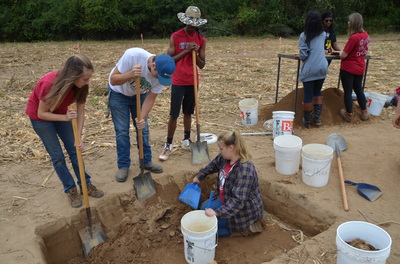 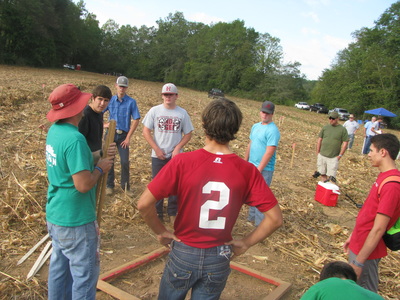 For our younger friends, please visit this site for more information on the Creek Indians.